Unibet has over 16 million customers worldwide and can be considered one of the top dogs in the business. Unibet is one of 11 brands operated by Kindred Group and was also part of the formation of the sportsbook provider, Kambi. With a huge selection of sports betting odds to go along with a fully stocked casino and an excellent poker section, Unibet is a truly complete gaming service. 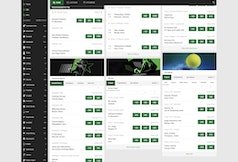 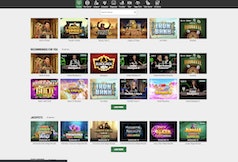 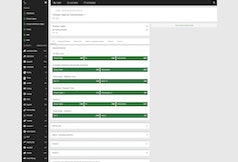 Unibet is one of the biggest, and best, betting sites in the world. Having begun its life in Europe, the brand has now expanded to many markets across multiple continents and there aren't many better options for Canadians today.

Unibet has a one-stop-shop feel to it. It has everything that any gambler could want, from thousands of daily sports betting events to a myriad of casino games and various bingo and poker tournaments.

When you arrive at the sports betting home page, everything is geographically optimised so that the first events on display are those that are most likely to be of interest to Canadian punters.

That means that you won't have to go very far in order to find odds for the upcoming NBA, MLB, NHL, and NHL games.

Kambi is the provider of the Unibet sportsbook. In fact, Kambi is a Unibet spin-off that now provides sports betting solutions for many brands worldwide.

Odds can be displayed in American, decimal, or fractional form and there are many available bets to choose from particularly within the top events.

Live betting is a huge strength of Unibet, and likewise live streaming. In 2021, Unibet launched a new live streaming player called Watch & Bet which allows bettors to view events and place wagers all on the same screen on the mobile app.

The Unibet app is as smooth and reliable as they come. It's a great tool to use for both sports and casino.

You can deposit using Interac which is popular among Canadians, while other banking options include Visa, MasterCard, Paysafecard, and ecoPayz.

As you would expect with such a big brand, the customer support is fantastic with staff on hand all day, every day.

Due to legal restrictions, we are unable to list the actual bonus or how to get it, but the steps found below can act as general steps that can help you once you've navigated through Unibet's website.

How to claim the Unibet new customer offer:

Unibet customers are promised plenty of value if they play Unibet's casino.

Due to legal restrictions, we cannot list any offers from Unibet. The steps below serve as a general guide to getting the casino offer.

How to claim the Unibet Casino offer:

By law, we are unable to display any actual bonuses from Unibet, including the terms and conditions.

Unibet's sports betting section is well organised and full of options. Whether you want to bet on football or Formula 1, you'll have lots of markets to choose from, both pre-event and in-play.

Kambi provide odds on lots of niche sports as well as the most popular leagues. This means that there are opportunities to place a variety of wagers all day, every day.

Of course, for some of the lesser known events you'll only be able to bet on the most basic markets, but this is still a broader selection than that of some competitors.

There is an NHL bet builder option and with that you are able to add selections such as double chance, total goals, handicaps, and the correct score.

A broad range of international hockey leagues are on the Unibet site as well, and with the different time zones in which games take place, there are live betting opportunities at all hours.

The NFL season might be shorter than the other major leagues, but there are still bets you can place all year-round whether it is futures or draft props.

Once the schedule is released, Unibet is one of the first betting sites to have odds listed for each game months in advance, and then closer to the season more markets will start to appear.

Many player props and other popular bets are prevalent, making Unibet one of the best bookies for NFL betting.

In the basketball section of Unibet, you'll find plenty of matches but the best offering comes within the NBA. The lack of a bet builder (same game parlay) is a shame, but there are pre-made match parlays that combine spreads and totals.

You can also wager on player specials such as total points, assists, and rebounds for a certain player.

Over 200 available bets can be found for each NBA matchup, and the in-play selection is just as impressive.

When the baseball season is in full flow, games are seemingly non-stop and on Unibet, you can bet on every single MLB game.

The range of markets is standard, with the most popular wager types including match odds, handicap, total runs, and team runs.

You can also cut the game down to a smaller number of innings.