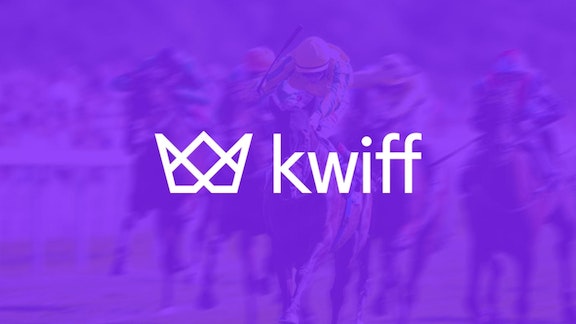 Kwiff is offering all punters a nice little insurance policy on any horse that's first past the post.

Kwiff is one of the best UK online bookies for bet boosts and its 'surprise bet' promotions are a unique approach to free bet offers.

Happily for racing fans looking forward to Cheltenham Festival 2022, the fun doesn't stop there. Kwiff will pay out if you back a horse that crosses the finishing line first - even if it's subsequently disqualified or demoted.

In other words, this is a double result offer - Your bet will win if:

A.1 Bets are settled in accordance with the official result at the time of the “weigh-in”.

A.2 We also pay out double result on UK & Ireland Horse racing bets. This means that if your horse was ‘First past the post’, ie crosses the finishing line first, but for some reason isn’t awarded the race – we will still pay you out the winnings.

A.3 Should your selection be awarded a race or promoted to a place as a result of a Stewards Enquiry (which is announced before the “weigh in” or “winner alright”) this means you will also receive a return for your selection.

A.4 Double result applies to all win and place bets in UK & Ireland. First Past the Post is offered for all races in the UK & Ireland. Other international races are settled by the official result.

A.5 First Past The Post does not apply to the following markets, events and circumstances:

(a)Horses that are disqualified because they failed to ‘weigh in’ correctly.
(b)Horses that are disqualified because they have taken the ‘wrong course’.
(c)Where there is an official correction to the result by the judge or our data provider prior to the “weigh in” and any races which are declared void before the “weigh in” for which Rules of Racing will apply.
(d)Future Racing bets
(e)Races which are declared void.

Kwiff has a smashing mobile app and its penchant for handing out enormous odds boosts and surprise bets makes it an attractive option. There are several ongoing promos to keep existing customers happy long after they've taken advantage of the generous sign up offer.

Betway Quest to Qatar - get £15 in free bets each week

Up to £50 cash back (Paddy Power sign up offer)

Get money back as cash if any of your first 5x £10 football bets lose at Paddy Power! Read more

Bet365 has an Open Account offer for all new UK punters. It's worth up to £50 in free bets! Read more

New Betfair customers who sign up via My Betting Sites can bag a great free bet bonus. Read more