High-Fixed Odds, Easy to Use 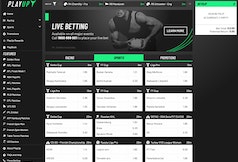 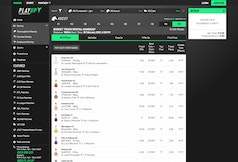 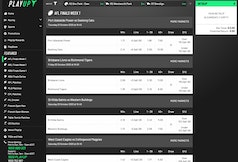 PlayUp is licensed in Australia by the NT Racing Commission and is one of Australia's fastest-growing betting sites. PlayUp payments and accounts are secured using the latest SSL encryption technology.

According to New Zealand's Gambling Act 2003, it is legal to use PlayUp and other online betting sites. Read more about betting legality in New Zealand.

PlayUp is an Australian-owned and operated betting site that launched late in 2019 and already has hundreds of thousands of Aussie (and Kiwi customers). Australia has one of the most competitive betting industries in the world which makes PlayUp's strong growth across the ditch even more impressive.

One of PlayUp's major drawcards is its odds.

PlayUp has New Zealand's best fixed odds for racing and other sports like tennis, AFL, rugby, US sports, esports.

The advertisement of betting bonuses is banned in Australia which means that we cannot tell you whether or not PlayUp has a sign-up bonus for Kiwi players.

PlayUp also has a really simple, fast, and easy-to-use betting app - although the download process is a bit of a hassle. However, the PlayUp mobile and desktop websites are also very straightforward making PlayUp an especially good betting site for beginners.

PlayUp is a good NZ betting site, but it's not the best. For one thing, all payments are in Australian dollars (PlayUp will automatically convert your NZD deposits and withdrawals). Another annoying thing is that because live betting online betting is banned in Australia, all live betting on PlayUp must be done over the phone. 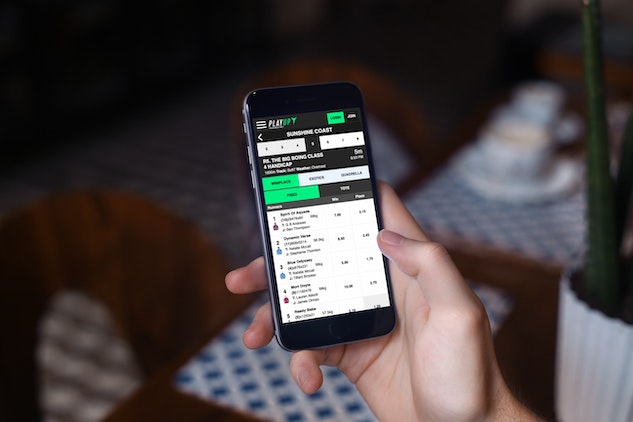 PlayUp is not allowed to advertise a sign up deposit bonus because of Australian betting regulations that affect Aussie punters. Because Australians may stumble upon this page, we also cannot advertise PlayUp bonuses.

PlayUp is an Australian-owned and operated betting site that is also available in New Zealand.

PlayUp has the best fixed odds in New Zealand for horse racing and is one of the best esports, US sports and Australasian sports betting websites in New Zealand. They also have top odds for a range of other sports.

Why is PlayUp a good betting site?

PlayUp is a good NZ betting site for a number of reasons.

PlayUp has the best fixed odds for NZ and Australian races. They also have high odds for esports, AFL, NRL, NBA, NFL, tennis, football and a range of other sports.

PlayUp is one of the easiest betting sites in New Zealand to use, whether that's on mobile or desktop. The navigation is simple and the website is fast to load.

Is PlayUp available in New Zealand?

PlayUp is an Australian-owned betting site but is available in New Zealand, India and soon the US as well.

Is there a PlayUp app in New Zealand?

There is a PlayUp app in New Zealand, and it's one of the best in the country, but it is a little tricky to get.

The PlayUp Apple app can be downloaded from the Australian App Store - which means Kiwis will have to change their App Store location before they can get it.

The PlayUp Android app can be downloaded directly from the PlayUp website.

The PlayUp betting website is also available from your mobile phone and it works really well so there's no need to download the PlayUp app if you're a mobile user.

Are PlayUp's fixed odds really the best in New Zealand?

Yes, we've found that PlayUp's horse and greyhound racing fixed odds for Australian and NZ events are the best.

What is PlayUp fantasy?

PlayUp fantasy is run by Draftstars.

Draftstars is a Daily Fantasy Sports (DFS) betting site meaning that competitions only last one game, or game week, so there are no season-long commitments.

Is PlayUp an Australian betting site?

Yes, PlayUp is owned by the Australian company PlayUp Interactive Pty Limited. PlayUp is based in Sydney, Australia and also owns Draftstars, MadBookie, TopBetta and ClassicBet.

We cannot advertise PlayUp bonus bets on this site. Punters who have PlayUp accounts will need to be logged in to view their promotions.

PlayUp may not be the #1 best betting site in New Zealand but there's still plenty to get excited about. It's easy to use, has great racing fixed odds and a solid range of quality odds for things like esports, NRL and AFL.

Perhaps PlayUp's best feature, and the reason that they're growing so fast across the ditch, is they have the best fixed odds for horse racing and greyhound racing.

PlayUp offers odds on New Zealand and Australian races, plus a range of international races from the UK, Sweden, Japan, Ireland, South Africa, France, and more.

PlayUp also has detailed form information and statistics for all races in Australia and New Zealand as well as a solid range of information for international meets. 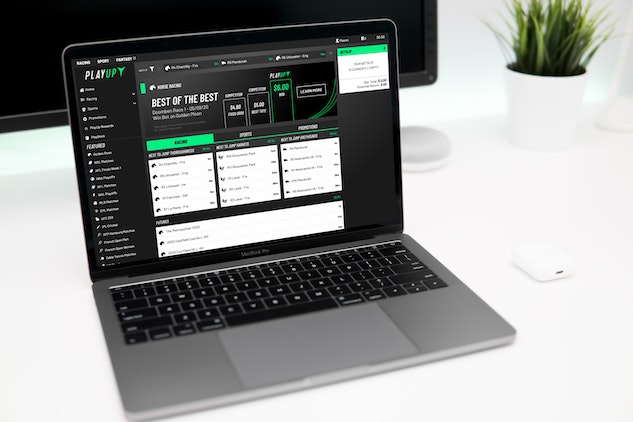 PlayUp NZ offers over 65,000+ pre-match betting markets as well as 40,000+ additional live betting options - this isn't a crazy amount but one thing about PlayUp is that they don't offer odds unless they're good.

In general, PlayUp excels for racing but its esports, US sports and Australasian sports markets (AFL, NRL, Cricket, Tennis) are also well priced and well covered. 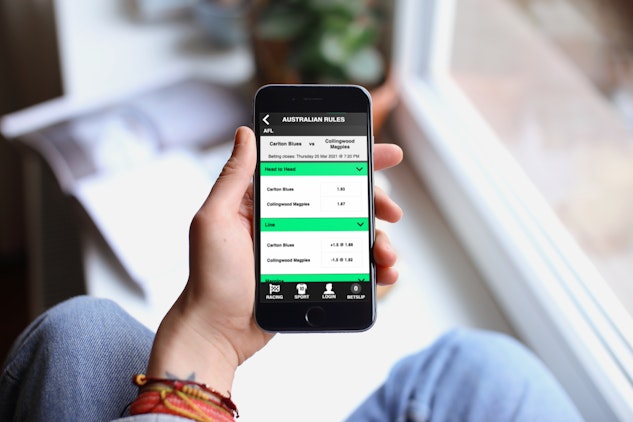 The PlayUp bookmaker website is definitely made with the user in mind. Overall, it's clear that the site is optimized for mobile, the pages don't burst with information, the navigation is simple and features betting markets are easy to find.

When you're on the PlayUp bookmaker site you can use the menu to find the sport or event that you want to bet on. The main portion of the website will display odds and markets for the event you've selected and you can also view your all PlayUp promotions by selecting the promotions tab.

All account, payment and bonus information can be accessed from the account section at the top of the page. 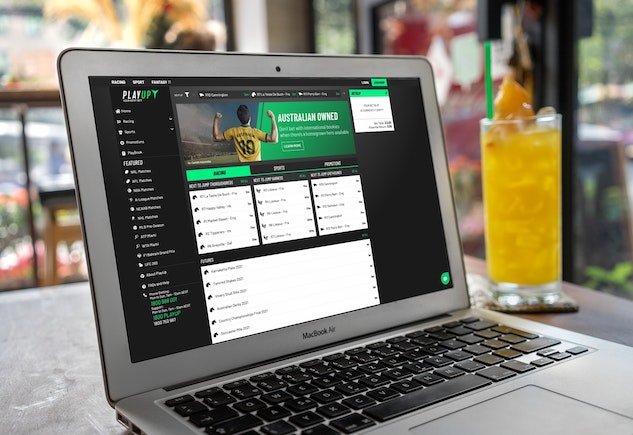 All of the things that make the PlayUp betting website great are on the PlayUp app - that means good odds and an easy-to-use betting platform.

The PlayUp app is only available in New Zealand via the PlayUp website (for Android) and through the Australian App Store (for iPhone). Follow our installation guide below to learn how you can get the PlayUp app. 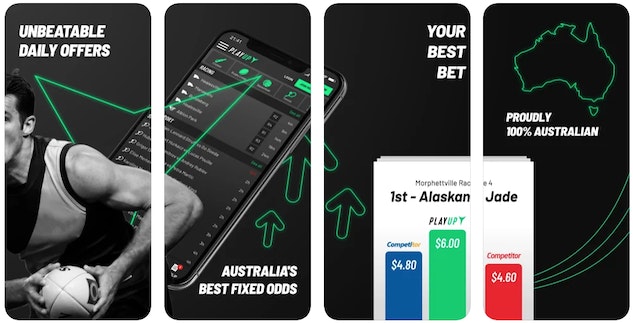 How do you download the PlayUp app in New Zealand?

The PlayUp betting website can still be accessed on your phone without downloading the app. The site works really well on mobile phone and is still a great option for Kiwi punters who don't want to go through the hassle of installing the PlayUp app.

Get the PlayUp App

If you're an Aussie who has stumbled onto this review then you may also want to read our PlayUp Australia review.

We go into more depth about how to use PlayUp and what PlayUp is like for Aussies there. 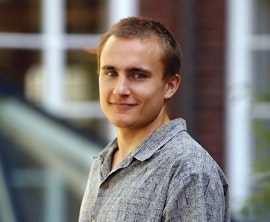 "PlayUp is a great betting site - especially if you're into the races. PlayUp's fixed odds are very high and you'll find that all New Zealand and Australian races are offered. PlayUp's also a good choice for esports, AFL, NRL, and US sports. It's a bit annoying that PlayUp only accepts AUD and that their app is not on the NZ App Store but these things definitely didn't stop me from creating an account."

PlayUp only uses Australian dollars so all deposits and withdrawals will automatically be converted if you are paying in New Zealand dollars.

PlayUp New Zealand withdrawals are processed after 1 pm AEST Monday to Friday. If your withdrawal request is received by 11 am AEST it will be processed on the same day. You may also want to allow a little longer for international bank transfers.

How to bet on PlayUp NZ

To place a bet on PlayUp Australia you will need to:

Draftstars is by-far New Zealand's best real-money fantasy sports betting website. At Draftstars you can play fantasy games for over 15 different sports, in public or private competitions, for hundreds of thousands of dollars worth of prizes each week.

Learn more about Draftstars below.

PlayUp offers sports betting for over 65,000 different events every year and has some of the best Racing, esports, AFL, NRL and US sports odd sin the world.

Some of the best sports for betting on PlayUp NZ are:

High-Fixed Odds, Easy to Use