All you need to know about legalities surrounding online betting 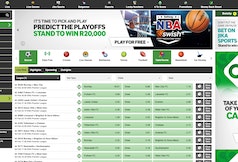 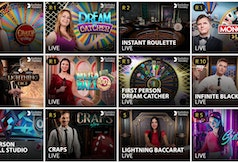 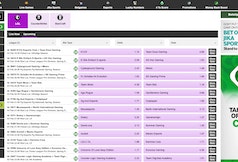 Entering in South Africa in 2018, Betway have become many punter’s go to bookmaker. Boasting a beautiful site full of incredible features and heaps of markets, Betway is South Africa’s most complete betting site. 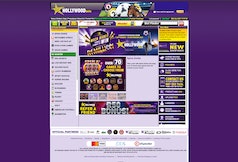 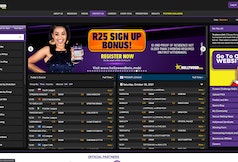 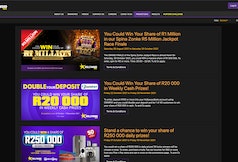 As the saying goes, local is lekker. Formally established in 2000, Hollywoodbets took to betting like a duck to water, and currently offer SA's most popular sportsbook. Bagging an 8th place ranking on the Top 50 Gaming Sites in 2019, it’s clear that Hollywoodbets are a serious player in the South African online betting scene.

Risk Free First Bet up to R2000
ClaimGo to website 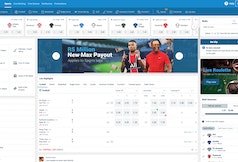 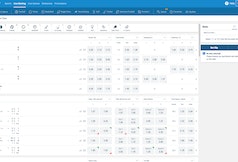 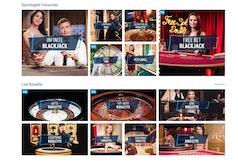 Sportingbet’s business was brought over to South Africa in 2008, and has been a hit since day one. It’s brilliantly laid out design, variety of markets, and standout features makes this operator a joy to bet with. 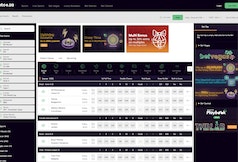 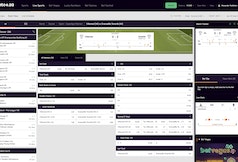 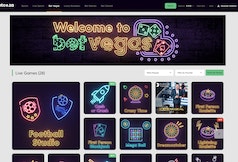 Beginning their journey into the South African betting market after the World Cup in 2010, Bet coza have had one thing in mind - to offer a platform that puts the punter first. With over a decade in the game, Bet coza offer users a site with a distinct and elegant style, top notch features, and promotions for days. 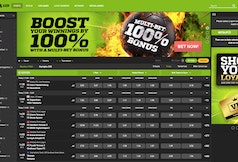 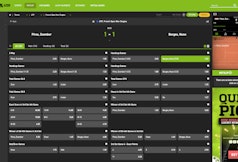 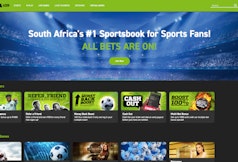 Founded back in 1990, and having entered the online fray in 2012, Playabets is a great option for punters looking for valuable promos, lots of betting markets, and a sizeable sportsbook. While this bookmaker doesn’t offer the easiest welcome bonus to claim, or the best-looking website, all around, Playa Bets is worth signing up with. 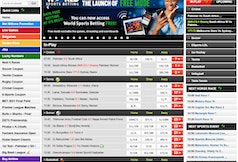 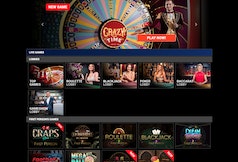 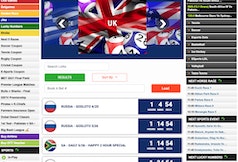 Founded in 2002, World Sports betting have applied their sports betting services to the South African public for just under two decades, and in that time, they have corrected and perfected their site for the local punter. It doesn't get much better than WSB in South Africa. 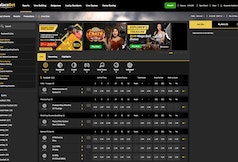 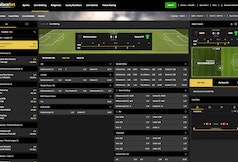 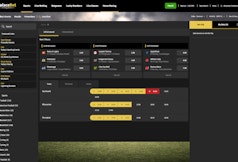 Launched in 2020, PalaceBet is one of the newer betting operators to enter South Africa compared to its competitors. Here’s a summary of the key factors regarding the operator:

Palacebet at a Glance

PalaceBet is a good bookie for beginners as well as seasoned punters and offers all-around value.

You probably have a few questions.

Welcome to the page that will provide you with all that you need to know about legal sports betting sites in South Africa.

In this overview we’ll cover legal sportsbooks in depth, as well as shed some light on the online gambling legal situation so that you will be well equipped to select a betting site that abides by the law.

Please be aware that we are not lawyers or legal experts.

We have explored every possible avenue to provide you with the most accurate account of the legal situation that is present within South Africa.

If you wish for a legally binding answer, we encourage you to seek advice from a practicing legal professional.

❓ Which betting sites are legal in South Africa?

All the betting sites listed on My Betting Sites ZA are legal, as well as many more. Go through our list above to check out our picks for the best legal betting sites in South Africa.

🤷 How do I know if a betting site is legal?

You will be able to tell if a betting site is legal by whether or not they have a license. Betting sites generally want to make this clear to punters, so they generally advertise who they are licensed with the bottom of their homepages.

Online gambling in the forms of casino, poker and bingo are not legal in South Africa. This law mainly targets operators and providers of these services rather than gamblers themselves.

🤝 Can I trust Betting sites?

🧐 Is Betfair legal in South Africa?

Much like is the case with Bet365, Betfair is another international betting powerhouse that does not offer their services to South Africans. For nearly a decade Betfair have suspended their operations in South Africa, and while they are licensed in the markets they operate, this does not apply in South Africa.

So, are online Betting sites Legal in South Africa?

What renders an online betting site legal, and thus the betting it oversees, is whether or not it is licensed by a national gambling board.

Licensing ensures that the betting site is regulated, and thus confirms that the online betting site’s practices are lawful and safe to partake in. Betting sites can be licensed by one (or more) of 9 provincial regulatory gambling boards.

In South Africa, each of the 9 provinces have a gambling board which oversees the betting practices of each of the sports betting providers operating within their given territory. They are:

Keep in mind that these provincial licensing authorities target the operators themselves, and where they (the operators) conduct their business.

What this means is that if an online betting operator is licensed by the Western Cape Gambling and Racing Board, but you live in the Free State, you are still able to bet with them.

The bets are placed over the internet, and the business is technically conducted where the betting operator is located, meaning if you’re betting online, you are free to choose any licensed online betting operator from wherever you are in South Africa.

So Licensed Betting Sites are legal, but what about Online Casinos?

This is not to say that South African online casinos do not exist, they do.

They're just not legal. Legal online gambling sites exist exclusively in the form of licensed sports betting sites in South Africa, as the provision of interactive gambling (gambling over the internet) in the forms of casino games, bingo and poker by online operators is prohibited in South Africa.

While this is the case, many operators still offer casino games, bingo, poker, and more. Know that the onus is never on you, the user, but on the provider.

So if you take part in these games, you do not run the risk of any legal action.

Our advice is fairly simple. Stick with the licensed and legal betting sites. If you love to engage in casino games, the betting sites that have been listed on this page each have an impressive array of live games, bet games, virtual games, and more. More importantly than this however, is that they are regulated by their respective provincial gambling boards. 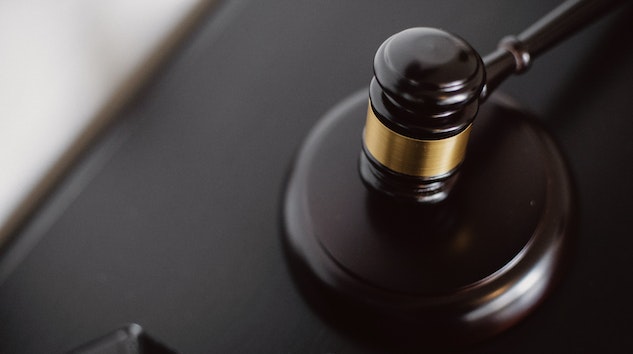 Legality around gambling and online gambling has been highly contested, and steeped in uncertainty in South Africa from as early as the country’s inception. South Africa’s Gambling Act of 1965 outlawed all forms of gambling.

Within a decade however, a highly lucrative underground casino industry operating out of the Bantustans emerged.

These illegal operations were inaccessible to most citizens, and only served players from the surrounding areas.

The changing of the political tides in 1994, came with a fresh stance on gambling in South Africa. It was at this time when the process of legalising gambling began, and official legislation soon followed.

The National Gambling Act of 1996 was implemented to construct norms and standards, and to regulate a fledgling lawful gambling industry.

This act also gave rise to the National Gambling Board, the residing gambling authority in the nation that still exists today.

While moves towards the legalisation of all forms of gambling (such as online casinos) seemed inevitable with the updating of legislation, this has not been the case.

The provision of online games by online casinos remains prohibited. Remember however that this law targets the online casinos, and not the players that engage with them.

The answer is fairly simple. Legal betting sites want to make you aware that they are licensed and regulated.

They generally disclose the national gambling board they are licensed within the footers of their websites, which can be found right at the bottom of their website homepages.

To clear any confusion up, here is our list of the best legal betting sites, and the licenses they hold:

Part of the reason for this, is that along with their online platform, they have betting shops located in a number of provinces, country wide, and must hold licenses for each of the provinces in which their shops are located.

With licenses from 6 of the 9 provincial gambling boards, Hollywoodbets is undoubtedly legal, and welcomes all who reside in South Africa.

Betway is one of the leading betting entities worldwide, and is the only big name international betting site that is licensed in South Africa.

They are regulated by the Western Cape Gambling and Racing Board, making their operations absolutely legal.

Gbets are the next entry onto the list of legal betting sites in South Africa that we cover here on My Betting Sites.

Gbets are licensed and regulated by the Western Cape Gambling and Racing Board, making them absolutely free from any legal issues.

If you're interested in betting legally with one of South Africa's biggest sportsbooks, Gbets could be the best option for you!

Sunbet have been providing a premier betting experience to South Africans for more than a decade now, and do so within the bounds of the law as they are licensed and regulated by the Western Cape Gambling and Racing Board.

They thus welcome players from all over our nation.

Supabets’ impressive service is licensed and regulated by the Mpumalanga Gambling Board, and thus is free from any legal wrongdoing.

Hosting an explosive betting experience with a variety of ways to win big, Supabets welcomes all punters from Mzansi.

World Sports Betting’s trusty service is licensed and regulated by the Gauteng Gambling Board, and thus welcomes all South Africans to their platform to bet legally.

If a large sportsbook and lucky numbers are what tickle your betting fancy, look no further than World Sports Betting.

Now that you know all there is to know about betting legally, choose one of the best legal betting sites and start betting today!